AND THROUGH FAITH, ISRAEL STILL SPEAKS.

Israel Jeremiah Burton was born on December 27th, 2018. Four years earlier we welcomed our first child, Galilea, after 5 years of infertility. Because of our struggle to become pregnant, we had no plans to expand our family. Although we were completely content with Galilea, I told Josh I thought we were going to have a son and his name would be Israel. We both shrugged it off until Mother’s Day 2018 when I had the overwhelming urge to take a pregnancy test. Much to our surprise, an unmistakable blue plus sign appeared. No fertility treatments or medical interventions, just an unexpected miracle. I announced my pregnancy with the verse “The heart of man plans his ways but the Lord establishes his steps” (Proverbs 16:9). Little did we know where those steps would take us.

In August, initial testing indicated our baby had Down Syndrome. We were sent to a specialist who referred us to Cincinnati Children’s Hospital where they discovered Israel had Tetralogy of Fallot, an underdeveloped cerebellum, polydactyly, and a large omphalocele. By November our world was once again turned upside down when an extensive MRI showed that Israel did not have Down Syndrome, but a chromosome disorder called Trisomy 13.

This diagnosis is presented with terms such as “incompatible with life” and “fatal fetal anomaly.” We were in shock. Israel’s diagnosis was severe, but it was no surprise to God, who knew every hair on his head and every moment of his life. “Thank you for making me so wonderfully complex! Your workmanship is marvelous-how well I know it” (Psalm 139:14). Returning to West Virginia, heart broken, we met with our MFM Dr. Calhoun who encouraged us with these words “I have been doing this too long to pretend that I am God and can tell you what will happen with your baby. Go to Cincinnati. Give him the best fighting chance!” With those words in mind, we uprooted our life, and a month later, returned to Cincinnati.

Often with this kind of news, families are counseled to terminate their pregnancy. They are told the statistics, the heartbreak, the difficulties.  They are told their child will only know pain and suffering. They are told, “think of how this will affect your other children.” While I don’t deny the truth of those statements and the reasoning behind them, I say that our child was more than his diagnosis. He had Trisomy 13, but that is not who he was! He is a beloved son, grandson, brother, nephew. He had opinions and preferences, and boy did he let you know what they were. What statistics don’t tell you, is how his life taught us compassion, empathy, and true reliance on our Heavenly Father. It deepened our relationship with Him, and we experienced His love, comfort and peace like never before.

We had Israel on this earth for 8 beautiful days. In those 8 days, we gave him a lifetime of love. We sang to him, prayed over him, and read him scriptures. In return he gave us countless snuggles, sweet smiles for his big sister, even a few laughs as he grouched every time he was taken from mommy’s arms. After Israel passed away, Dr. Calhoun once again imparted words of wisdom, “your child was held and knew only love for his entire life. What better quality of life is there?”

After Israel died, I heard about Abel Speaks when a friend showed me a canvas they had. I immediately emailed them asking how I could order one. In January 2020, Abel Speaks gifted us a painting depicting Israel being held by Jesus. In that moment, staring at that picture, being reminded that our child was in the arms of our Savior, more alive than ever, I realized what incredible people we had found.

Since then we have met the Abel Speaks team, along with having the pleasure of spending time with other families who have walked similar paths. These families share our love for Jesus, as well as the desire for their child’s life and story to reach others for Christ. This community, created by the Crawfords to honor their son Abel, has become the hands and feet of Jesus to many. We feel incredibly blessed that God, in the midst of our pain, has woven our lives together with these precious people. We received so much more than a beautiful canvas that day. We also gained a family!

-Leah and Josh Burton, in memory of Israel Jeremiah 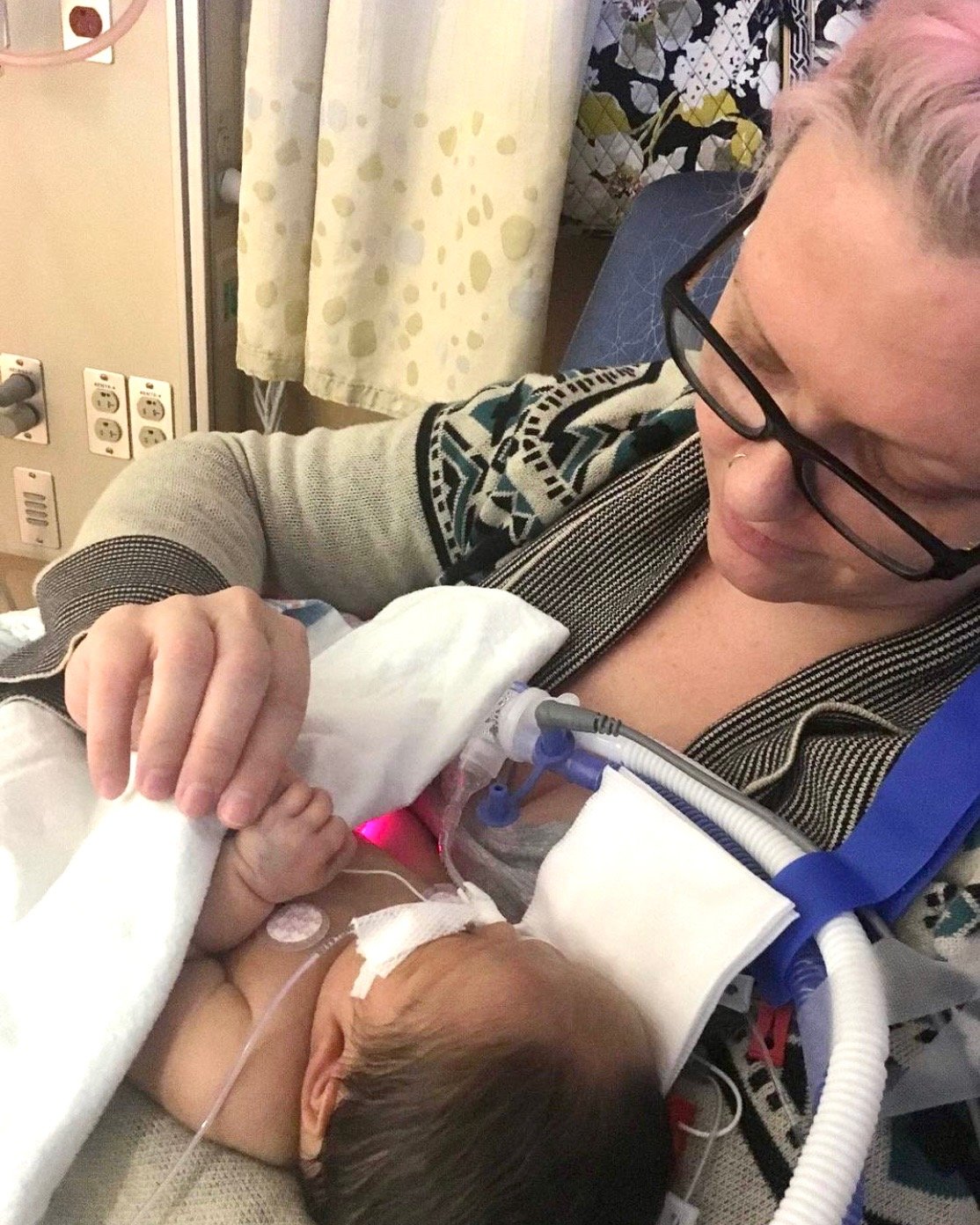