And through faith, Oaks still speaks…

The words from the ultrasound technician were words we never thought we’d hear: “I need you to have your husband come to the hospital as soon as possible. I have some concerns.” After three healthy pregnancies, Krista went to this sonogram for our fourth child expecting the same. Instead, we discovered our baby was facing a rare, life-limiting diagnosis of Tetrasomy 9p, and if he lived, would face challenges that would change our lives forever.

After the ultrasound, we were overcome with grief. Days of weeping and mourning what was supposed to be and what wasn’t. It was difficult to understand how God could use what the world viewed as a broken baby for His glory. Fears and worries of the unknown future that laid ahead filled our minds, until the Lord began revealing his plan for our exceptional child’s life.

We were directed to this little boy’s name, Oaks, from Isaiah 61:3, “…That they may be called OAKS of righteousness, the planting of the Lord, that HE may be glorified.” We were pointed to other Scriptures like John 9:3, where Jesus revealed, “Neither this man nor his parents sinned…but this happened so that the works of God might be displayed in him.”

God was faithful, and God was with us. He surrounded us with a fortress of other believers faithful in ministering to us. He also led us to Abel Speaks, where we were connected with a mentor family and a staffer who focused on grief and family care. We felt supported through Zoom calls, emails, and prayer support. Abel Speaks helped us to see that there were other parents like us who made the courageous decision to choose life, regardless of the outcome.

Oaks Wiedeman was born on August 12th, 2020 and every prayer for his birth was answered. While he was not physically healed as we had felt freedom to pray for, he was born breathing on his own. Oaks spent 19 days in the NICU, touching the hearts of nearly 1,000 people who followed his story virtually.

Our son exceeded the expectations of medical professionals and was able to go home to meet his proud older brothers and extended family, something that was never promised. His brothers loved him fiercely–we even had to set timers to allow them each to hold him equally. After 5 days at home being adored and cherished by his family and friends, Oaks took his last breath in his mother’s arms on September 5th.

We’ve continued to be loved by the Abel Speaks community since Oaks’ death. We received a beautiful keepsake box filled with items to honor him and guide us through the phases of grief. Later, we were given a gorgeous commemorative canvas featuring Oaks’ name, and our family was blessed with the opportunity to attend their first ever “alumni” retreat.

Our journey with Oaks was the hardest thing we’ve ever had to endure, but it wasn’t one we ever walked alone. The Lord was faithful to provide comfort in our grief through His people and the ministry of Abel Speaks. God’s glory has been displayed in Oaks’ life. We know that Oaks’ story isn’t over and his life still speaks.

“And yet now in the SOIL of our pain, God PLANTED a new story.  He showed us that our weakness would be the channel through which He would show us His strength.  He showed us we didn’t have to fight so hard: He would do that for us.  And He showed us that what felt like was the end of many things we had loved, would be the beginning of a different story, of living a new and FLOURISHING life…” – Katherine and Jay Wolf, Suffer Strong 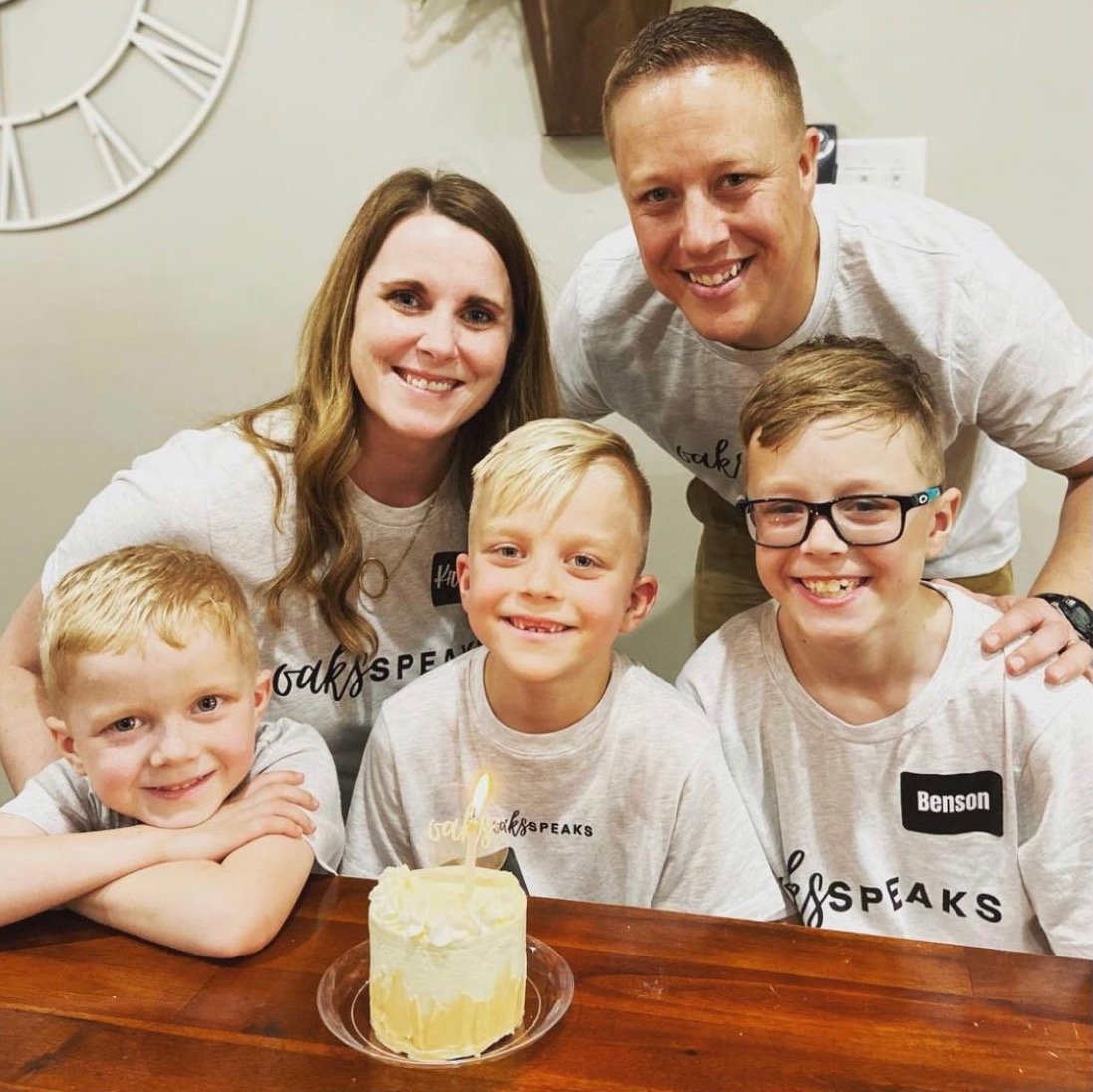