What If I’m Uncomfortable Accepting Help?

Home » What If I’m Uncomfortable Accepting Help?
Previous Next

What If I’m Uncomfortable Accepting Help?

NOTE: Daniel and Kelly speak to this question on Episode #13 of The Abel Speaks Podcast. You can listen on Apple, Spotify, or your app of choice.

Welcome to the Abel Speaks podcast, where we speak to commonly asked questions by parents who have received a life limiting diagnosis for their child. We’re Daniel and Kelly Crawford and we’re glad that you’ve joined us.

Our question today, I’m going to start to meddle a little bit, and it is, what if I am uncomfortable accepting help? Lots to say on this. It may be, “Hey, I feel like I’m a private person. Hey, honestly, there may be a little bit of pride going on there. It might be just I never like being in a position where I feel like I’m burdening other people on my behalf, whether it’s one or all of those things.” Kelly, why don’t you speak to, if that is a struggle, step one, there’s freedom and just naming it and claiming it and admitting that it’s a struggle. And then step two from there, what would you have for our listeners?

First, I would say that I can relate to all of those things. Those are struggles of mine. And so as we were walking through our season with Abel, I think the Lord used his life to really strip me of a lot of holding on to not feeling vulnerable or holding on to I can do it all on my own or not needing others. And so I can look back now and see a lot of richness and sweetness in that season in those ways. But ultimately, I would just say allowing other people into our story and Abel story was one of the best decisions that we made. It helped us not feel alone. We didn’t feel isolated, and we allowed others to know us more and know Abel more by receiving help and that came in a variety of ways. But ultimately, we just allowed people to love and care for us.

And sometimes it almost felt selfish because we were not in a place to reciprocate that. It just felt like we were constantly receiving and really weren’t in a season to pour out or give back in a lot of ways. And so that stripped a lot of the sense of pride and in all of those things, but it was such a sweet thing just to see and allow God’s people to love us and care for us and support us. And so that was in really big ways and really small ways, but was such a gift in that season.

Such a gift to us, we came to find. And then I would also say to the notion of, “I don’t want to burden other people.” I think we found just the opposite. I think that it really was a blessing to people because of what you just said, which is there was real time, tangible ways for people to be walking with us in that season to be experiencing Abel’s story and his life, even from the womb. And to share that bond with other people in the long run. We say all the time that we view Abel’s life as a gift to our family and to us and to get to share that gift with others, it’s a blessing, not a burden to other people. And so letting the body of Christ be the body of Christ in action is a huge, huge piece of God’s provision in that hard, difficult season as well.

I would say on that too, I think sometimes we hear people say, I’m just really private, and therefore they don’t tell anyone even about the pregnancy or the diagnosis. And so sometimes step one is just letting people know and then step two is allowing people to help you. So sometimes even that first step is the biggest hurdle, just letting others know what’s actually going on in your life.

Yes and that’s episode four. If you didn’t catch episode four, it’s when and how do I tell others about our diagnosis? If you want some thoughts on just how to collect those words and get that information out there. And so if I would just add one final note here, specifically really talking to the guys for a second is we’re kind of hardwired, at least in our culture, to resist everything we’ve talked about up to this point. It feels like by acknowledging that I have need, I’m being weak. I’m being insufficient. I’m coming up short in some ways, and it grates against us. And I would just encourage you with the reality is that you are tasked with leading your family and leading your wife and leaders take initiative. And so one of the most courageous things that you can do is acknowledge your need for help and acknowledge your need for others.

And I would say in that regard, just to keep the numbers clean, of the first hundred families that reached out to Abel Speaks, I think four times, it was the father that initiated. And so 95% of the time, it’s mom that’s taking that step to reach out for support. And so that might have looked like totally a joint conversation online where Dad is very much involved and eventually we do typically have the opportunity to connect with both parents. But that’s just an example of what I would lean in on there and just encourage you with and leave you with as men. As men and women, again, just to reiterate what Kelly said so well, that this is a topic and an area where the Lord absolutely uses our children to really sanctify and sharpen and refine us in ways where we might not be comfortable initially, but that can absolutely lead to growth in our good.

Especially if you are feeling and articulated, which is common, a feeling of being stuck or isolated and you don’t want to feel that way anymore, then this is the action step for you. And just last, last thing is always on the first conversations that we get to have with new families at Abel Speaks. We always just acknowledge how much courage it takes to put yourself out there to reach out to people that you really probably know nothing about and have no relational equity with in a really vulnerable season. And so we see that, we honor that, and yet we still call and encourage you to that. And so that wraps up this episode of the Abel Speaks podcast. We’ll catch you next time.

Hey friends, thanks for listening in. We hope this content has been helpful. At Abel Speaks, we exist to support families who have chosen to carry a child with a life limiting diagnosis, and we want you to know that the foundation of that support is rooted in relationships. And so if you are a parent in this circumstance, and by all means, continue listening in, but we’d really encourage you to reach out by sending an email to support@abelspeaks.org. Again, our heartfelt prayer is that this episode has served you in some way and that we might have the opportunity to serve you further in the future. The Abel Speaks podcast is produced by the team at [inaudible 00:07:54] and Company and mixed and edited by the team at Sound of a Rose. 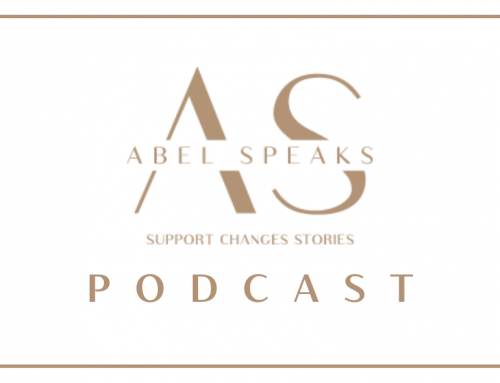 What Are Some Practical Ways for Dad’s to Stay Engaged?

What Are Some Practical Ways for Dad’s to Stay Engaged?

How Do Dad’s Struggle in this Season?

How Do Dad’s Struggle in this Season? 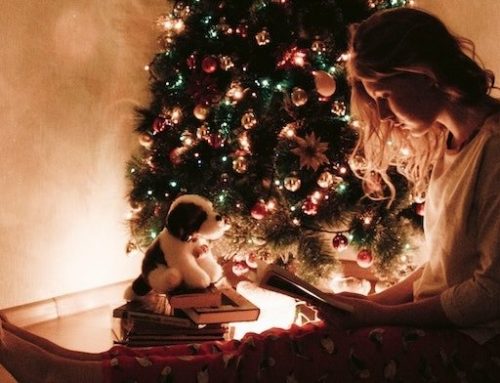 What Do We Mean When We Say “Support Changes Stories”?

What Do We Mean When We Say “Support Changes Stories”?